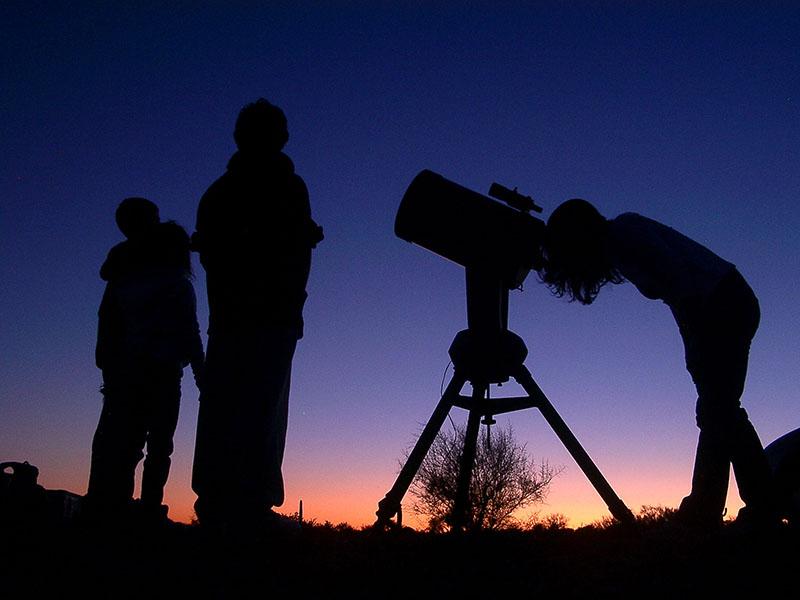 Arizona has long been known as an Astro-tourism destination. Amateur and expert astronomers have sought out dark Arizona night skies since the 1900s (1). Much of the year, Arizona has clear skies and fair weather, making it easy to find a time to stargaze each night. Not only that, but there are plenty of hills and mountains to climb to bring you just above the thicker part of the atmosphere for an even clearer view.

Stargazing can be an activity that is fun for the whole family year-round in Arizona. The sunsets early throughout the winter months, and it can be hard to find outdoor activities after dark. Take advantage of the early darkness with a desert stargazing adventure. All you need to do is know what to look for and where to find the darkest skies.
Arizona Dark Skies
Now, as much of the developed world lives in light pollution, even Arizona’s “Dark Sky” places have become limited. However, Arizona is still home to a variety of IDA-designated (International Dark Sky Association) parks and even cities. These dark sky locations work hard to stay protected from extensive light pollution by using mindful city planning and awareness of the harmful nature of light pollution. Through their efforts of preservation, they have given us an amazing array of locations to view the night sky.

For those of us that feel at home in the wilderness, we have had the pleasure of experiencing the stars and constellations clearly. However, due to light pollution, millions of people around the world have never even seen the Milky Way. When we think of pollution, we likely only consider water, air, and land pollution. Light can also be a pollutant and it affects us all and awareness is the first step in understanding our role.

For more information about light pollution and its impact, visit the IDA website. 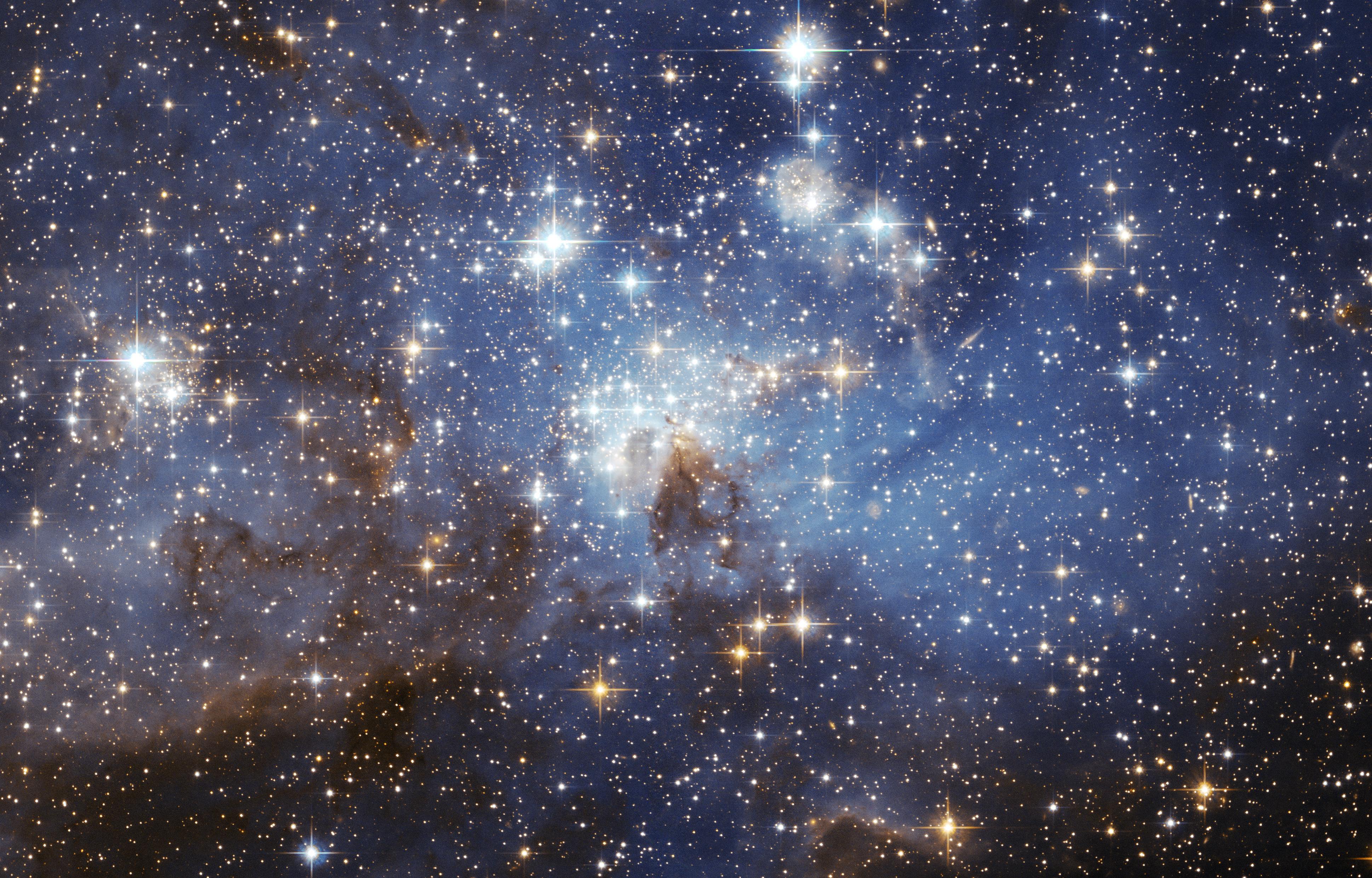 Having places to view the stars can make for a wonderful experience but what’s even better is to know what you’re looking at. When we know them, the stars tell us millions of stories from seasons past and can even guide us to where we are going.

Arizona is positioned in both the Western and Northern Hemisphere. This gives us 30 visible constellations. Only 5 of those constellations can be seen year-round, and the remaining 25 will appear seasonally.

For a detailed location map of the stars, visit the In The Sky website and search your location.

Where to Stargaze in Arizona

With the light pollution surrounding many cities in Arizona, it can be hard to imagine that there are good places near Phoenix or Tucson to go stargazing. The good news is that it doesn’t take long to get out of the city just enough to truly enjoy the night sky. Plus, in some cases, you won’t have to leave the city at all.

Unlike many parts of the United States, Arizona cities work hard to embrace and protect the night sky. The city works hard to limit light pollution and offer options to improve the quality of dark skies. This gives residents and visitors a chance to learn about the night sky and its many wonders.

Viewing areas within the metro area of Phoenix you can catch a glimpse of the stars include:

Tucson
Now, while Phoenix has its fair share of stargazing locations, Tucson has less light pollution and even more opportunity for dark skies. In fact, Tucson happens to be known as the astronomy capital of the world. For almost 350 nights out of the year, Southern Arizona’s skies boast clearly with stars, constellations, and galaxies. With clear skies and dark nights, Tucson has become home to numerous professional and amateur astronomers.

Here are some of the best places to go to view stars in Tucson:

Even if you don’t feel like venturing out too far, you can still enjoy the night sky from your own backyard in Tucson. Rent a telescope from either the Joel D. Valdez library or Oro Valley Public library. All you need is a library card and you can enjoy a telescope for up to 3 weeks.

As one of the many Arizona Dark Sky Cities, Sedona should be considered one of the number one stargazing destinations in the state. While Sedona skies are generally clear year-round, there are a few times of year that stargazing vacationers should try to avoid. Generally, monsoon season, the months of July and August, see many storms and overcast days. During this time, it can rain on and off almost daily, and when it isn’t raining, there are clouds. These conditions are not suitable for stargazing.

The rest of the year, between September and June, are perfect for clear, dark skies. If you’re traveling to Sedona for stargazing, here are some top spots to check out:

As far as Sedona viewing areas go, their list is seemingly endless. There are countless trails and overlooks that are perfect for viewing. Plus, since it is a Dark Sky City, you can probably do some stargazing from your lodging location. If you plan on doing any hiking or stargazing during your stay, you will need a Red Rock Pass.

Another one of Arizona’s Dark Sky Cities, Flagstaff is a great location to stay if you’re an astronomer. Almost anywhere in the city, you will be able to see the countless constellations and even the Milky Way. Flagstaff, along with other Dark Sky Cities, is dedicated to continually lowering their light pollution and preserving the views of the night sky.

Some popular viewing areas in Flagstaff include:

Whether you’re new to stargazing and astronomy or are just visiting the area and want to know the best places for viewing, 360 Adventures can set you up with a professional Astronomer on our Sonoran Desert Stargazing tour. Let us take the hassle out of picking the best place to see the stars so you can simply enjoy the view. 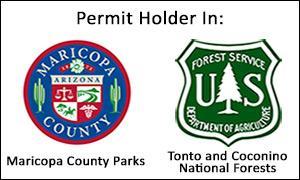